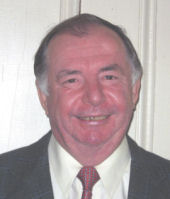 Born in Woonsocket, Rhode Island, Ed Wright grew up on the family farm on Woonsocket Hill Rd, North Smithfield. Upon graduation from Mount Saint Charles Academy, Ed went to work on the family farm with his father, Ernest and his grandfather George. Ed and his wife Claire assumed ownership of the farm in the early 1970’s.

The dairy farm has remained a family farm for over 100 years. In the early 1900s, George Wright had a dozen cows, whose milk he delivered daily to his neighbors. By the 1940s, his son Ernest grew the herd to about 30 cows, added a pasteurization plant, and expanded the home delivery route. Ernest’s son Edward saw many regular customers turning to convenience stores’ low prices, and he knew it was time for a change. He asked customers to shop in their new “milk shed,” a rustic building the size of a one-car garage, with just the necessities: a cooler, counter, and wooden change box.

Today, Edward’s three children and their spouses, with his advice and help, run an efficient operation, employ 55 full and part time workers, see an average of 800 customers per day, and sell all of the milk that is produced by their 130 cows. Their “cow shed” has grown into a 2,400 square foot retail store, with an expanded product line including bakery items and real whipped cream.
Wright’s Dairy Farm is an institution for many Rhode Islanders. Customers who visited the dairy farm as children now bring their own children to buy milk and bakery items, and watch through the viewing windows as the cows are milked.

In 2007, Wright’s Dairy Farm was named Rhode Island’s Outstanding Dairy of the Year by the Rhode Island Green Pastures Committee, which is made up of agricultural interests such as state and federal agricultural offices and farm organizations.

Ed Wright believes in giving back to his community and has been active in supporting many non-profit organizations and has served as a committee member of the Rhode Island Farm Service Agency, and has worked closely with the Natural Resources Conservation Service to ensure that his farm is proactive in the latest conservation practices. Wright is a past member of the Autumnfest Steering Committee and was active with the organization for the past 30 years.

Since his birth, Ed Wright has lived within earshot of his dairy farm. It is more than a profession. It is a way of life that he values for future generations.