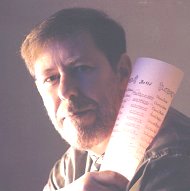 Dr. René Jetté was born in 1944 at Saint-Hyacinthe (Québec). He is an historian (M. A., 1970), a demograph (Ph. D., 1980) and a genealogist. He has taught History at the Collège d’Éducation Générale et Professionnelle (CéGEP) de Saint-Hyacinthe from 1967 to 1999. He also has been a part-time researcher with the Programme de recherche en démographie historique (P.R.D.H.) at the Université de Montréal, and with the Institut Interuniversitaire de Recherches sur les Populations (IREP) at the Université du Québec at Chicoutimi.

For his significant contributions to genealogical research, the American-French Genealogical Society is pleased to present the 2003 AFGS Award for Special Achievement in Genealogical Research to Dr. René Jetté, and include him as a member of the AFGS French-Canadian Hall of Fame, Class of 2003.

Below is the e-mail AFGS received from Dr. Jetté concerning his award. Dr. Jetté is very ill.

To all the members of the American-French Genealogical Society.

I received this morning the charming memento of the award your Society has sent to me, following the April 12, 2003 celebration. Moreover, I find very useful the celebration booklet, which gives me a good idea of the AFGS’s accomplishments in 25 years.

I thank you very much for your appreciating my genealogical work. May it serve at least another 25 years, at least as a complementary source to the many other works which were, are and will be published on paper, CD-Rom, etc, in the years to come.

My health is at a lost, by this award from a French-Canadian genealogical society from the U. S. A. illuminates my last times on this planet.